Evolution Of The Pencil:The Most Comprehensive Guide

Pencils are one of the most common stationery items in our lives, and they are used for writing and drawing. If you see how a pencil looks like in the beginning, you will not imagine how it has evolved to what it is today. Let’s take a look at evolution of the pencil.

1. The pencil at the beginning

Evolution of the pencil have a long history. The person who invented them is not known. According to the available historical records, pencils originated in the ancient Roman period. At that time, the Romans used metal wrapped in lead to mark, and that is how the pencil got its name, even though later pencils did not contain lead.

2. The emergence of graphite

In England in the 16th century, people discovered a black ore that could leave traces on paper, which was much better than the lead that people used at the time . They didn’t know it was graphite at the time, so they named it black lead. People cut the graphite into small shapes to carry around with them and make it easy to use.

But this method also had drawbacks: it was easy to break and would get your hands dirty. So people started to improve it, they crushed graphite into powder, added binder, re-cut the shape to make graphite rods, and then rolled them in paper and they were ready to use.This is the early evolution of the pencil.

You will find that in fact pencils do not contain lead at all, lead is toxic, and pencils are non-toxic. If you see news about people using pencils and getting lead poisoning, it may be because the paint on the pencil contains lead, so try not to bite the pencil.

3. Evolution of the pencil hardness

Why are there these differences? The key lies in the ratio of graphite to clay inside the pencil core. Clay exists as a binder, and at first the binders of choice were sulfur, rosin, and so on. Later, after many attempts, a French scientist found that the use of clay was a very good choice to make both good and durable pencil cores. The hardness of the pencil lead varies with the amount of clay in the graphite.

4. Evolution of the pencil shape

Graphite rods break easily even when wrapped in paper, so rumor has it that a carpenter put a wooden “coat” on them. He placed the graphite rod inside the glued-together wood, and this was the prototype of the modern pencil, which is still in use today. This is an important evolution of the pencil.

5.Evolution of the colored pencils

Oil-based colored pencils have a hard, waxy lead core and are insoluble in water. The color saturation of colored pencils is relatively high, and the colors are rich, suitable for ultra-realistic and other detailed drawings. The advantage is that the color is bright and shiny, but the disadvantage is that it is difficult for novices to master and the adhesion rate on the paper is low.

Water-soluble colored pencils have a soft lead core and can be dissolved in water, and the colors can be mixed. After painting, you can use a brush dipped in water to halo the paint, and the halo will give a watercolor effect. The color is relatively light and elegant, suitable for large area coloring. The advantage is that it is easy to master, but the disadvantage is that it dissolves easily when dipped in water and the refill is easy to break.

Colored pencils are brightly colored, easy to use, and affordable. Common colored pencil sets are available in combinations of 12, 18, 24, 36, and 48 colors.

The most colorful colored pencil set in the world today is Felissimo’s 500-color pencils, which were once hailed as one of the most influential products in Japan.

6. Evolution of the pencil appearance

Pencils are now one of the most common writing tools in daily lives. To make it easier to correct mistakes, pencils with erasers were invented, with a small piece of eraser fixed by metal at the top end of the pencil, making it very easy to use.This is the beginning of evolution of the pencil appearance.

The first pencils had a raw wood exterior and were not painted. Later, more and more pencil manufacturers printed brand names on their pencils and pencil exterior coatings began to develop. In the 19th century, the pencil industry grew by leaps and bounds. To better advertise pencils, Americans painted pencil stems bright yellow because in China at the time, yellow represented royalty and was a symbol of respectability. It also implied the best quality, and this practice led to a significant increase in sales of pencils.

Relying on the development of modern technology, pencils are very mature related processes, including painting, transfer film, silk-screening, electroplating, gold rolling, steel printing, aluminum hoops, laser engraving and so on. So the pencil can have many gorgeous appearance and exquisite logo to meet the needs of the public.

In the 20th century, automatic pencils became popular, using a metal or plastic casing that only required a very fine pencil lead to be inserted. This invention allowed the pencil to get rid of the wooden casing and the casing could be recycled, making it more environmentally friendly. It also eliminated the need to sharpen the pencil, making it more efficient.

7. Evolution of the pencil packaging

Among them, the paper box should be the first widely used pencil packaging. It is low cost, good strength and suitable for transportation. The carton is easy to produce and can be automatically opened, filled, folded, sealed and so on. The structure of the carton can be changed in many ways, such as the wall inside the carton, the extension of the lid, and the opening of the window. It has been widely used in various packaging and transportation fields.

Blister card packaging refers to the packaging form of inserting paper card and transparent blister together, which is characterized by light weight, convenient transportation and good sealing performance. It can package any typographic shape of the product set. The packaged products are clearly visible, beautiful in appearance and easy to display products.

8. The future prospects of pencils

Although modern people rarely use pencils anymore, they are indispensable for students. That is why pencils still have a high value of existence. The appearance of the pencil material will evolve with the times, but the pencil itself will not disappear. 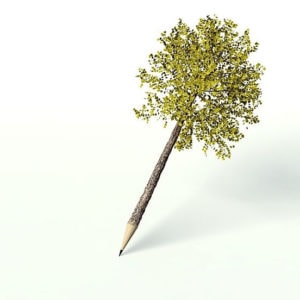 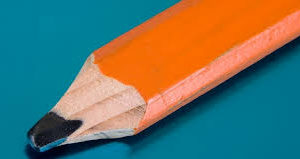 Why Are Carpenters Pencils Flat?The Most Comprehensive Answer 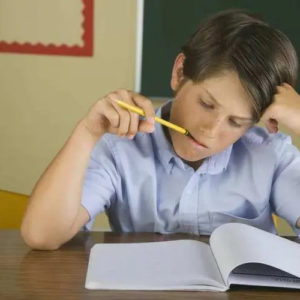 Is Pencil Lead Toxic? The Most Comprehensive Answer 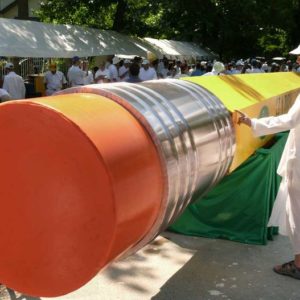 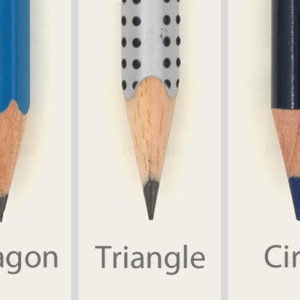 I'm Julia, the CEO of Honeyoung Bag. I run a company with over 300 people, we produce, sell and export bags. I spent over 30 years in bag manufacturing and business. We can provide you one-stop service of bag purchase, including design, produce, export bag products to your place. If any questions, freely to reach me,I'll try my best to give you advice and solution.

Get in touch with our product specialist now

Tell us your detailed requirement, we will provide you the best solution.

With 25+ years of experience, our professional team will design, produce and deliver your products based on your requirements. High quality, precise date of delivery and best price are our everlasting commitment.